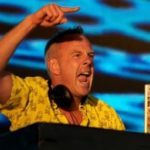 THE UKS most famous DJ is to headline this years Territorios Festival in Sevilla.

Norman Cook, AKA Fatboy Slim, is to star at the music festival in May.

A long-time fan of Andalucia, Cook, who has a number of holidays in the Ronda area, will star alongside Dutch dance act 2manydjs.

The last time he hit the turntables in the region was at the Gaucin feria three years ago, it can be revealed.

He previously headlined at the Creamfields festival in Almeria seven years ago.

The former singer in the legendary group The Housemartins is still married to TV presenter Zoe Ball.

Territorios music festival started in 1998 and has evolved into a wide mix of music styles and festival-goers can enjoy concerts by national and international artists, as well as dance music. Many performances are free.

Promoters insist their main goal is to get audiences dancing to exhaustion.

The Argus, 14th January 2009. By Lawrence Marzouk Fatboy Slim will return to Brighton for his fifth Big Beach Boutique party. Brighton and Hove City Council has earmarked September 4 and 5 for the latest […]

Chewing the fat with Norman

By Andrew Drever October 8, 2004 Norman Cook, aka Fatboy Slim, has rebuilt his marriage and his sound for new album Palookaville, but he doesn’t want to end up in the goldfish bowl of fame […]

elit. sit commodo dolor. elit. ut pulvinar ante.UA-40734283-1
We use cookies to ensure that we give you the best experience on our website. If you continue to use this site we will assume that you are happy with it.OKPrivacy policy