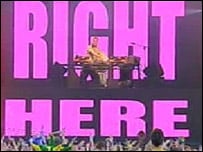 The DJ, who performed at the inaugural Rock Ness in 2006, will be joined on the bill by Dundee band The View.

Also playing at the annual festival on the banks of Loch Ness on 7 and 8 June will be Razorlight and Editors.

Tickets for the festival, which attracts 35,000 music fans for each of its two days, will go on sale at the weekend.

Rock Ness will be held near the village of Dores, four miles south west of Inverness.

luctus efficitur. Lorem non quis, quis ultricies tristique utUA-40734283-1
We use cookies to ensure that we give you the best experience on our website. If you continue to use this site we will assume that you are happy with it.OKPrivacy policy