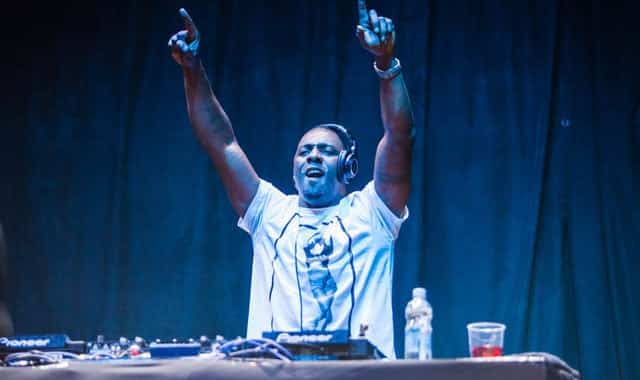 Fatboy Slim has revealed that he has worked with actor-turned-musician Idris Elba on new music.

NME spoke to the veteran DJ (real name Norman Cook) at Snowbombing festival in Mayrhofen, Austria, where he revealed that a collaboration with Elba will be released in conjunction with Elba’s new film Bastille Day.

“I’ve just done something with Idris Elba for his next film, which is quite interesting,” Cook revealed. “I don’t know if it’s under wraps so I don’t want to get in trouble by saying too much. It’s called Bastille Day, and we’ve written a song together, and Idris sings on it which is fun.”

Explaining how the team-up came about, Cook added: “I’ve seen him DJ many times, that’s how we ended up knowing each other. We share the same management so we’re often on the bill together, and that’s how we became pals.”

Last year, Fatboy Slim and Elba collaborated together on a ‘dub’ version of ‘Uptown Funk’.

Asked whether he’s been working on any more new music, Fatboy Slim said: “I’ve been messing around with some film stuff. That’s kind of what’s turning me on at the moment. But the DJing just takes up most of my year.”

Idris Elba took to the decks to DJ before a Madonna gig in Berlin last November.

Feb 13, 2008 DJ tells NME.COM about special guest set for London bash Fatboy Slim has spoken after it was announced today (February 13) the DJ was confirmed as the first headliner for this year’s […]