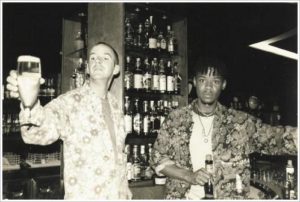 The Brighton acid jazz group, who hit fame with the single Turn On, Tune In, Cop Out in 1995, has announced plans for a series of reunion gigs next year in the city and in London.

They are even hoping to return to several European festivals and Glastonbury, where they once staged their most famous performance.

Trombone-playing frontman Ashley Slater, a Canadian who moved to Saltdean, made the announcement on the Facebook website, telling fans he was trying to get as many of the original group together as possible.

Drummer Jim Carmichael, keyboardist Eddie Stevens and bass player Jesse Graham have all signed up for the concerts at Concorde 2 in Brighton on February 20 and at Jazz Rooms in London on February 22, but Hove DJ Fatboy Slim’s name is notable for its absence.

When The Argus asked Fatboy whether he would be getting involved he said he was surprised to hear the reunion was happening.

He said: “I think the band have reluctantly let me go due to my lack of commitment. I haven’t turned up for rehearsals for seven years now so I can see their point of view. I wish them all the best with it.”

Slater said he had put a call in to Fatboy but joked the band had let him go due to a lack of commitment.

He said: “What has been great is that everyone has been really enthusiastic about this, we can’t wait. Norman has given us his blessing but said he can’t join us because of other commitments. We’ll make sure there is a guitar ready and waiting for him when we play at Concorde 2 though, just in case he is passing by.”