Norman Cook claims to have won his battle with booze but wife Zoe Ball is now urging him quit DJing too.

The superstar DJ, better known as Fatboy Slim, returned from a month in rehab a fortnight ago after a successful bid to stop drinking.

But pals say former Radio 1 presenter Zoe is worried he could slip into old habits on the DJ scene. 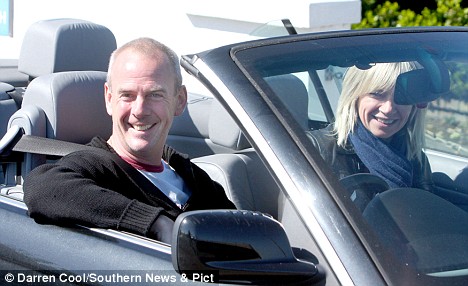 Norman Cook aka Fatboy Slim leaves his home with wife Zoe andf child Woody in Hove, Sussex. Norman has returned after a period of time in rehab for alcoholism.

She is trying to help get Norman, 45, get back on track but believes he can only stay away from alcohol by changing his lifestyle.

And it seems Norman is willing to do anything to save his marriage, which hit a rocky spell in 2003 when she admitted having a brief affair.

‘She wants him to stop DJing at clubs and concerts and produce music at home instead. She thinks it’ll help. 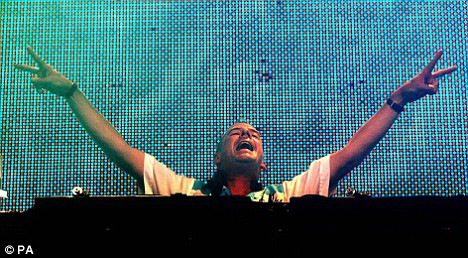 ‘Norman hopes to turn things around, but he knows he needs to do what Zoe says.’

Zoe, 38, who has been married to the Praise You DJ for 10 years, also wants him to change his lifestyle by getting fit and eating better.

When she fell pregnant with their son Woody, now eight, she gave up drinking and gave up partying.

‘She stopped being the wild party girl that she was in order to get pregnant with Woody and then become a mum,’ the source told Closer.

‘Now she feels it’s Norman’s turn to knuckle down.’ 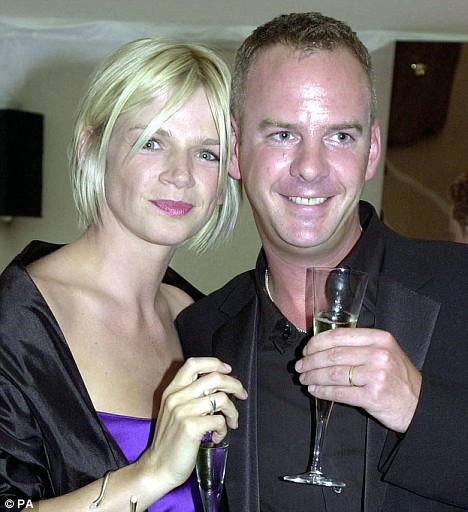 Zoe wants him to produce music at their £2million home in Hove and to stick to the good work started at the Providence Project clinic in Bournemouth.

He checked in there at the beginning of March after battling alcoholism ‘for some time’.

But while he was there, she donated his collection of hip flasks to charity shops and he was more than miffed that his ‘drinking memorabilia’ was missing when he got home.

As she filled in for  Ken Bruce on Radio 2, she told told listeners she tried to buy them back.

She added: ‘If anyone has any trinkety hip flasks they no longer need, could they send them?’ 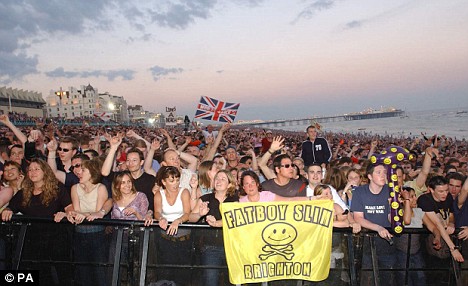 Crowds: His legion of fans will be disappointed. 250,000 people turned up to Brighton Beach during the 2002 Big Beach Boutique to see him play

The star has made no secret of his love of alcohol in the past, and confessed he does not like being sober on stage.

‘Fatboy Slim is my alter ego – he’s confident, a bit of a show-off,’ he once said. ‘It takes me until midnight to psych myself into him. The difference between me and him is a bad Hawaiian shirt and half a bottle of vodka.

‘I’ve tried going on stage sober and it wasn’t much fun.’

In February, he admitted some of the collaborations on his new album, recorded under the alias The Brighton Port Authority, had been recorded during drinking sessions.

He is not due to perform now until after June.

02/01/2008 Things are looking very rosy for Zoe Ball and Fatboy Slim as they larked about in the sun. The couple looked relaxed and happy as they soaked up the sun on holiday in Mauritius […]

Zoe Ball, the radio presenter, has announced that she is expecting her second child with her DJ husband, Norman Cook. The Radio 2 Breakfast presenter announced the news on her radio show on Saturday morning. […]