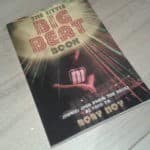 g Beat was once one of the biggest, but ironically, perhaps most misunderstood musical movements of the Mid-Late 1990’s, lead by some of the biggest artists the Electronic Dance Music scene has ever seen, such as Fatboy Slim (AKA Norman Cook), The Chemical Brothers and The Prodigy. 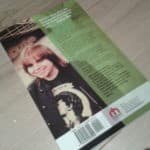 It’s loud, eclectic sound with it’s syncopated beats was a smash around the world, leading to nights of boozy (but good natured) hedonism, and it was the soundtrack to the advertising world of the late 1990’s and early 2000’s. But, so mewhere along the way, the genre got a massive backlash from critics, leading to a very quick and painful death, and became the very victim of it’s own success. Where did it go wrong and is there a chance for the scene to experience a revival? With new and exclusive interviews by Rory Hoy from 120 of those who were in the thick of it as well as exclusive Top 5’s and Top 10’s from the artists themselves – this is a celebratory (and sometimes humorous) look at a music scene that was short lived . . but had a very big impact.

“The best thing about big beat was the idea that we broke all sorts of musical rules . . . ” -.Fatboy Slim

If you love the Big Beat musical genre or want to know more about it, it’s a must have on your library — Francisnotdead

(who was one of the first contributors of NCI / fatboyslim.org ! )

buy the book on Waterstones
or on Amazon