The legendary UK DJ and producer, who announced a brand new album last year, has revealed details of a forthcoming UK arena tour set to take place in November this winter.

Following on from a headline arena tour in 2019, and the curation of a mix series while in lockdown, Fatboy Slim – real name Norman Cook – will make eight stops on his We’ve Come A Long Long Way Together tour, starting at the Cardiff Motorpoint Arena on the 4th November.

On the 5th, Cook will perform at London’s Wembley SSE Arena, before making stops in Birmingham, Bournemouth, Glasgow, Liverpool and Nottingham, as well as performing a sold out show at The Brighton Centre exclusively for NHS staff.

Tickets go on general sale Friday 19th March at 9.30am at www.gigsandtours.com and www.ticketmaster.co.uk. Check out the full list of dates below. 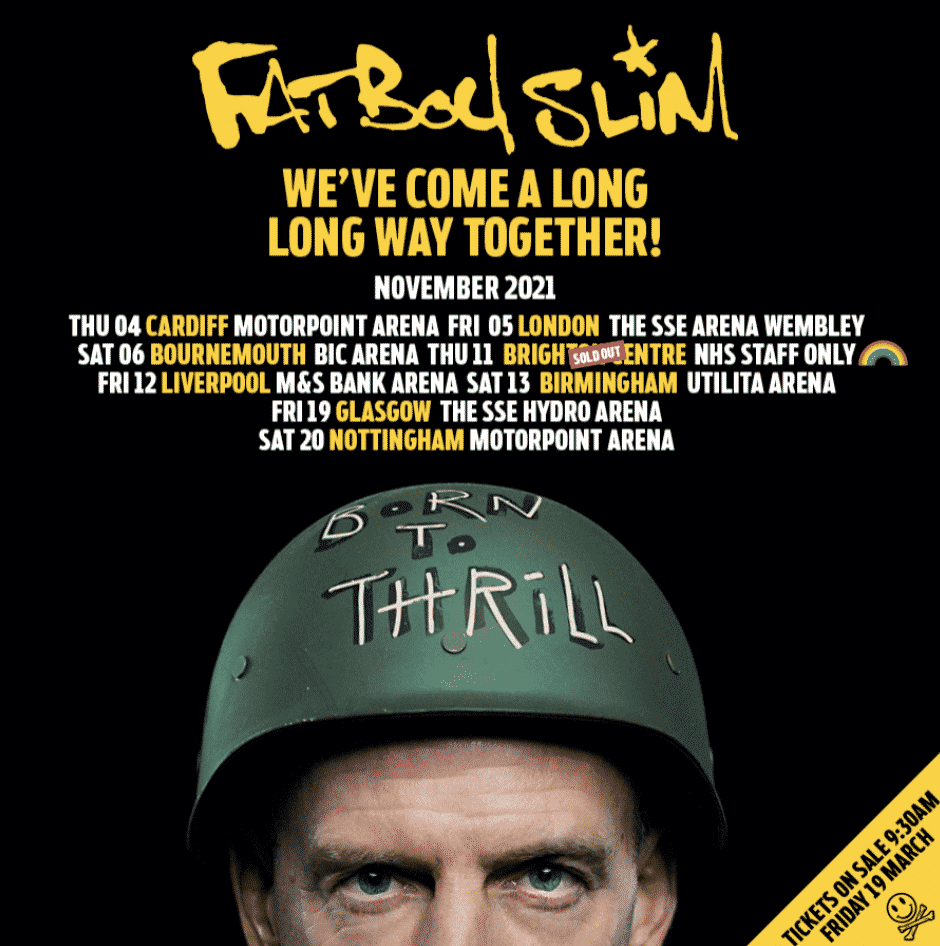