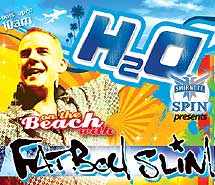 Superstar DJ and big-beat master Fatboy Slim is headed to South Africa in December 2007 with a box of records that he’ll be spinning in Johannesburg and Cape Town.

The man born Norman Cook â€” behind hits like ‘Praise You’ and ‘The Rockafeller Skank’ â€” will be in the country courtesy of the “Coaching for Hope” initiative. The charity uses football to empower young people in the developing world by making them aware of the dangers of HIV and Aids.

Already active in Mali and Burkina Faso, â€œCoaching for Hopeâ€ is expanding its programme to South Africa ahead of the 2010 World Cup and Cook’s visit coincides with International World Aids Day on 1 December.

On The Beach Party

On 2 December the gets down to his day (or is that night?) job as he sets to recreate his legendary Brighton beach parties with a set at H20’s “On The Beach Party” at Wild Waters in Boksburg.

When he threw his second Big Beach Boutique in Brighton, England a few years ago, 250 000 turned up to party and his Big Beach bash in Rio last year drew Fatboy’s biggest ever, single audience â€” a staggering 360 000.

Also on the bill at the Aids awareness fundraiser are international DJ Chris Lake and over 40 of SAâ€™s top names including Fresh, Roger Goode, Euphonik, Derek the Bandit and Ready D.

Doors open at 10am with action split across nine dancefloors. The Main Floor at the Wave Pool sees the likes of Goode, Derek the Bandit, Spiro, Dizzy and Fatboy (from 6pm to 8pm); the Funky Floor hosts names like Devon, Kevin Grenfell, Mark Stent, Fresh and Chris Lake (4pm to 6pm); the Deep Minimal Tech Floor features Cecil Mac, Guy Herman, Shaun Duvet and more; the VIP Floor has Majik Zee, Brands, Ricardo da Costa, Kirsti and others; the Hip-Hop Floor gets, amongst others, Shameless, Ready D and Sebastian; the Chilli Lounge is home to Cecil Mac, J_Hazzard, Roger D’lux, and Rob Taylor; and the Earth Floor has dance classics courtesy of Shawny B & Dizzy. 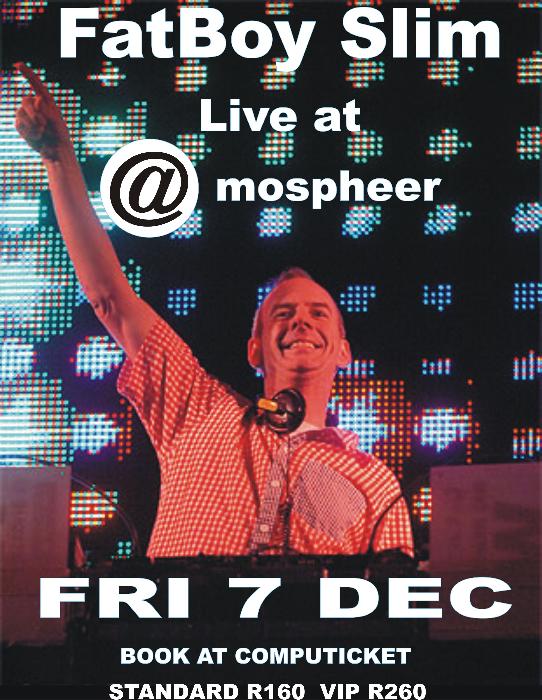 On 7 December the man who has sold more than four million albums in the US alone to become an undeniable part of the electronic dance music stratosphere, hits Cape Town club Atmospheer.

Phrases like “Right about now, funk soul brother”, “Right here, right now”, and “Iâ€™ve got to praise you” have all become part of the vernacular, while images of Christopher Walken dancing shimmying have become indelible images from his successful music videos.

Now see Fatboy Slim live behind the decks in the Mother City for a two hour set from midnight to 2am. Support acts have not yet been confirmed.

Eurosport caught up with Fatboy Slim in Cape Town before he tried to lift deflated England fans’ spirits after the 0-0 draw with Algeria, and the superstar DJ revealed his liking of vuvuzelas and […]

The World Cup Daily team find themselves at the bottom of Table Mountain in Cape Town. We have the pleasure of talking to rugby World Cup winner Chester Williams about the importance of hosting the […]

dapibus Lorem justo at Phasellus neque. sed libero adipiscing id ultricies NullamUA-40734283-1
We use cookies to ensure that we give you the best experience on our website. If you continue to use this site we will assume that you are happy with it.OKPrivacy policy