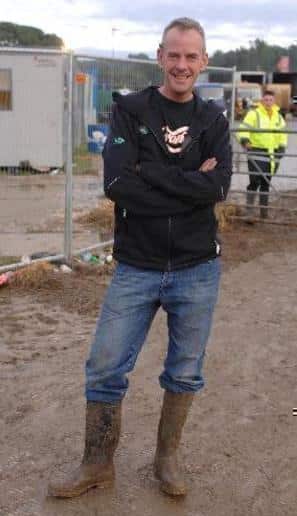 British dance star FATBOY SLIM has slammed the organisers of a Scottish music festival after they failed to ask him to perform at the event.
The DJ – real name Norman Cook – insists he came up with the idea for the Rock Ness festival, but was not asked to play at this year’s gig in June (07). But Cook has vowed to appear at the festival in 2008, after headlining in 2006. He says, “I was a little miffed I was not invited to do the second Rock Ness. I figured it was my idea so I thought I had claimed Loch Ness in the way I claimed Brighton Beach but apparently not. “I was very disappointed. I apologise to everyone who thought I would play but there is a strong likelihood I will be back next year. I will make sure of it. I was gutted to miss it, especially with mates like Tom and Ed Chemical (The Chemical Brothers) playing. “It wasn’t that I didn’t want to be there – I fought quite hard to be there and was talked out of it.”

Posted on Youtube by gridbugs, 21 Feb. 2010 Saturday night at the Dance Tent at Glastonbury Festival. Fatboy Slim DJs to a mad for it crowd. We were in the middle facing centre stage. […]